“What is the nature of change and healing in the creative process? What is invisible in us?” muses Norman Seeff. “Photograph that.” Seeff has created some of the most recognizable images of iconic innovators in music and pop culture across the past five decades, and this week, a monumental selection of new prints of classic works goes on view in Los Angeles. But as his Sessions Project video series and nascent Power and Passion to Create foundation make clear, in some ways, his truer work exists on a higher plane that transcends portraiture to touch on the very essence of human creativity.

From a youthful career in professional soccer in his native South Africa, to years studying and practicing medicine in Soweto, and following his spontaneous, intuitive move to New York City at the end of the 1960’s, Seeff has pursued a way of life with meaningful creative dimensions. Looking back now, even those seemingly disparate experiences feed the story. “In soccer you can change the game even if you don’t have the ball,” Seeff tells Irvine Weekly. “During medical school I ran life-drawing sessions at night. Photography and video came later, and they are only some of the forms of creativity I’m engaged in. It’s a multidimensional spiritual seeking, and my own personal journey to become real and vulnerable was a fundamental necessity.” 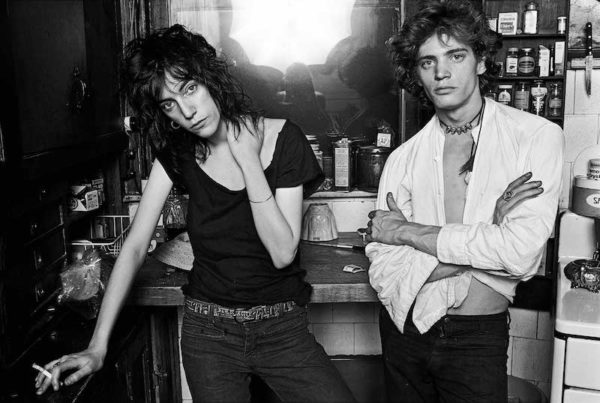 The idea of the switch from practicing medicine to making art fulltime was brought on by an increasing sense of despair that medicine was inevitably about reacting to disaster, in a vicious cycle with nothing ultimately changing. “Healing ultimately means to bring about change,” Seeff says. “If you don’t unstick the patterns of the past, life becomes meaningless. It’s about fixing versus truly healing.”

Some of the earliest photographs Seeff made in New York were portfolios of the denizens of the Chelsea Hotel and Warhol’s Factory; pictures of Andy, Patti and Robert that soon became enticing commercially. When music industry impresario Bob Cato saw those and also Seeff’s drawings, he was at first hired to design album covers. But then by 1971, having relocated to L.A. to become Creative Director of United Artists Records, Seeff was shooting as well as designing, and hiring on all the young L.A. artists and photographers he could as well. After two years and multiple Grammy nods, he went out on his own. What is now Bar Marmont was Seeff’s legendary studio and spontaneous social hub for 15 years.

Seeff filmed over 500 portrait sessions with musicians, actors, writers, directors, scientists, entrepreneurs and politicians. Each video is more than photo shoot footage; they are full, emotional, insightful, honest and often quite moving conversations between Seeff and his subjects – including Ray Charles, Joni Mitchell, Steve Jobs, Steve Martin, John Huston, Martin Scorsese, Billy Wilder, Bob Fosse, will.i.am, Tina Turner, Cher, Ricky Lee Jones, The Band and Alicia Keys – all while the shutter clicks away. Despite the indelible ubiquity of many of the specific images that resulted from these sessions, Seeff is adamant about their broader qualities as windows into profound self-awareness and human connectivity. 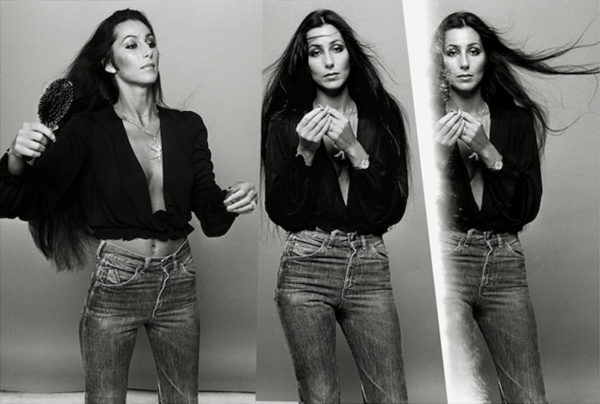 “Each image represents the pinnacle of how the artist sees themselves,” says Seeff. “Each one is truly a co-creation. These are not even portraits per se, they are experiences in the moment, soul-to-soul connections. The secret to the image is the resonant energy that remains of what was going on at the moment,” says Seeff. “A photograph is not about the technology, but about the authenticity of feeling trusting, safe, and seen. All the energy of the defense mechanisms falls away.”

The beauty of the Sessions Project videos is that the audience can witness for themselves these principles being put into effect, in real time. Often the conversations take the form of relating early memories of performing in public for the first time, or presenting original material, memories of the events that changed the course of their lives, articulating the fears that once held them back, celebrating the courage that pushed them through and the faith in their own imaginations that fuels it all. 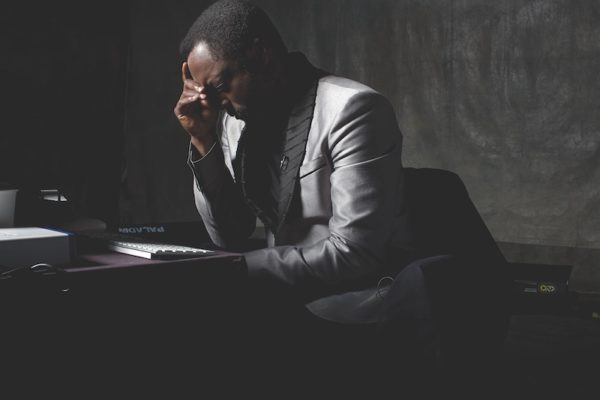 With will.i.am you can see him writing, right there on camera. His clothes and his demeanor at first really speak to control and focus, but as the session progresses, a conversation about what drives and inspires him turned back the clock and lowered the walls. At one point speaking of an early teacher who was, to say the least, not encouraging about his ability to pay attention, in his five hours together with Norman, will.i.am remembered literally everything he’d ever written. 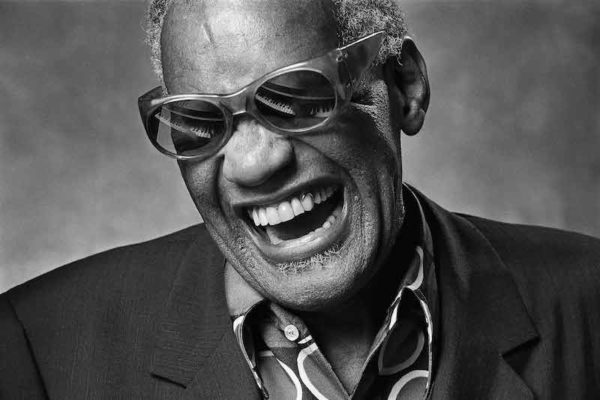 Ray Charles spoke eloquently about the relationship to his personal emotional energy and the energy of the song he is set to perform. He said “It all begins in the mind,” before flashing that million-watt smile. Seeff makes a point there, noting, “Ray did not say the brain, he said the mind, which is so much bigger.” The Alicia Keys interview is one of the most emotionally powerful of the lot, watching her face change as Norman takes her back to the first song she sang for an audience, which at first she could not recall. “Sing it to me,” Norman said, and by the end, she remembered. 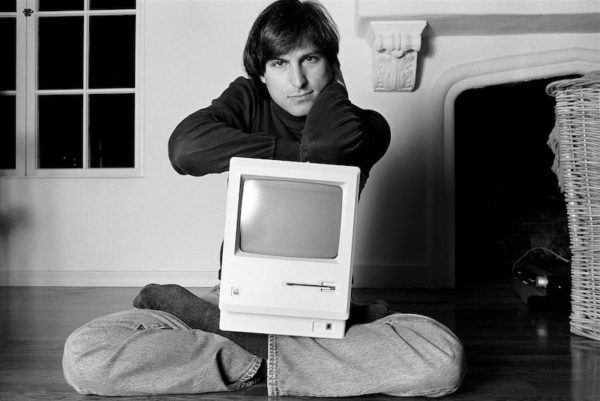 “James Taylor came by about nine months ago to shoot for his new album,” Seeff tells us. “I hadn’t seen him in 30 years and it was like no time had passed.” Even Steve Jobs appreciated the value of these ideas. For years after they’d created that iconic photograph of Jobs cradling the first Mac, he’d call Norman every so often and they’d meet and talk about creativity. “He’d say things like, ‘I know there’s a dimension of cause and effect in consciousness; if you want the effect, you have to search for the cause.’ He knew it, his visionary frequency was high, instinctively.”

And it’s exactly that bridge between the inner process of creativity and its outer expression that the Sessions Project explores. “True creativity is emotion balanced with the intellect,” says Seeff. “All the real artists spend time in the imaginal realm and the emotional space. Society (especially sports and medicine) thinks emotion gets in the way, but that’s what makes for imagination. It’s not abstract, this is all very practical in terms of making good pictures – and making change in the world.” 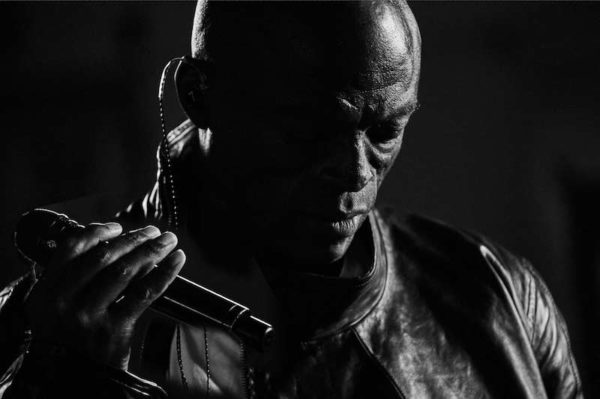 Seeff’s special sauce in these studio sessions is the way he has the ability to do what he calls, “putting out an energy field in the frequency of the subconscious. It’s not just talk, it’s very real. I’m a spiritual explorer,” says Seeff. “The nature of existence is mystical, I’m working with that. [The artists] feel seen by me because no one ever speaks to them like this; then the communion of honesty is quite profound. For the best shots, I had to go through it with them. If it ever failed, I would apologize and start over, and that would often bring us even closer.”

The Power and Passion to Create is his nonprofit which will offer screenings and conversations, using the materials as a map of the inner resources and resonant energies that the great artists know how to harness. He conducts inspiring workshops around the short films that have been edited from this archive, so that curious people can see the principles applied in action. 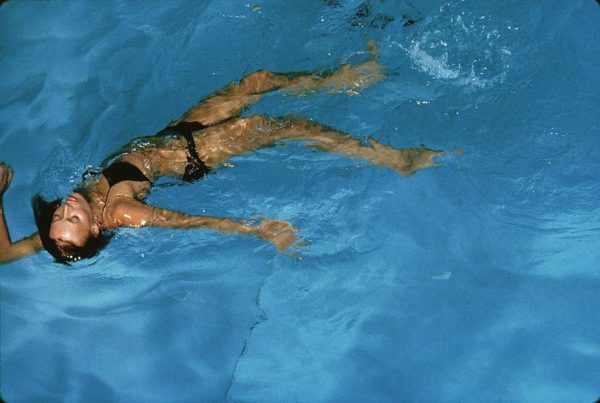 The video project will be going live in short order, but in the meantime, audiences in Los Angeles can experience a new exhibition of fresh prints of classic images. Chandeliers + Tulips represents local artists and photographers, and when its owners met Norman, they “instantly had a beautiful, organic connection with him. He was someone we felt we knew our whole lives. Norman has such an extensive, extraordinary body of work that we knew we couldn’t just hang a few of his pieces in our existing store. We decided to open an entirely new space called Studio CT dedicated to Norman and his pieces. His words and works are something that need to be experienced in person.” 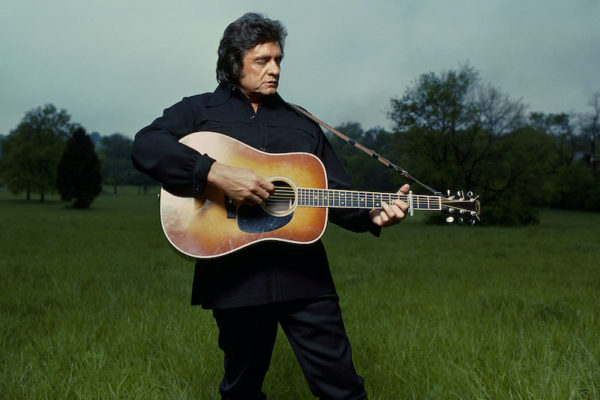 “Great artists have these senses highly developed,” says Seeff. “But these ideas are universally applicable, in business, science, all of it. Creativity can jump into the future, manifest something tangible from a concept. The world is in crisis, our problems cannot be solved at the level they were created. We need a new paradigm for the age of information consciousness,” he says. “Everyone has access to this power. I’m just sharing what I’ve learned.” 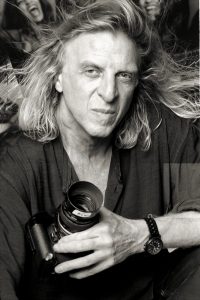 Studio CT in Agoura Hills will be hosting soft opening events on August 28 and September 9, in advance of the grand opening invite-only reception on September 18. For more information, contact Shanesa Fath at (818) 584-5343 and visit chandeliersandtulips.com and normanseeff.com.